Back in the UK there is a photographer who creates the most wonderful 'alter-ego' portraits. Her name is Jo Rutherford and you will find a link to her website at the end of this blog.

Back in the 90s I spent several years in Kiev, Ukraine. While there I started a collecting of soviet military uniforms. They've been in the back of a cupboard ever since. Knowing Clayton Kennedy for some years, now I've been watching the development of his beard and moustache. Now, sporting what I can best describe as a fine seafarers beard and moustache, I suggested a photoshoot. 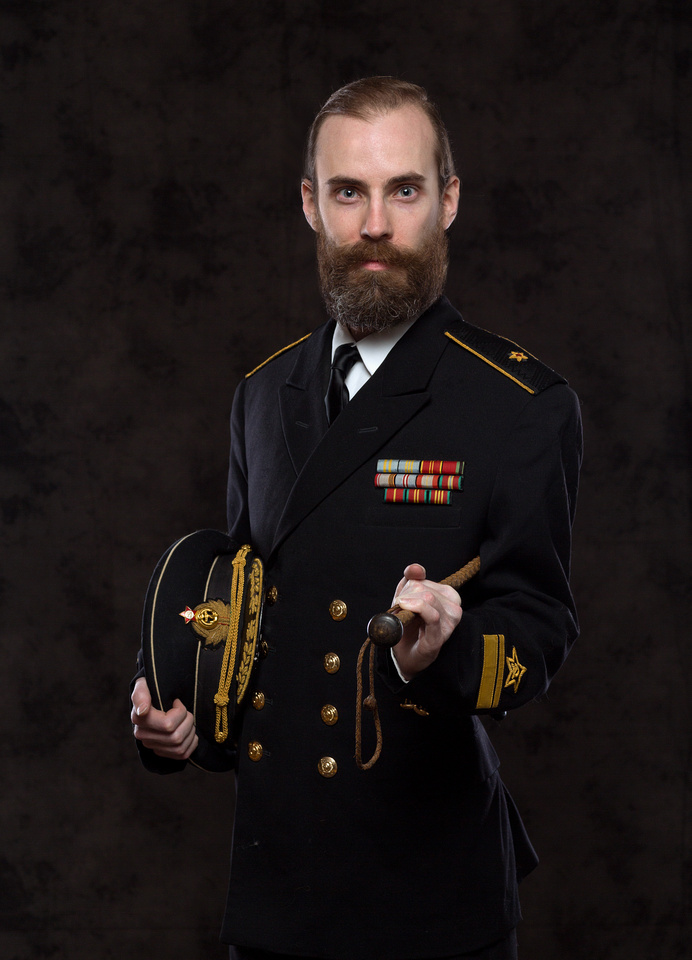 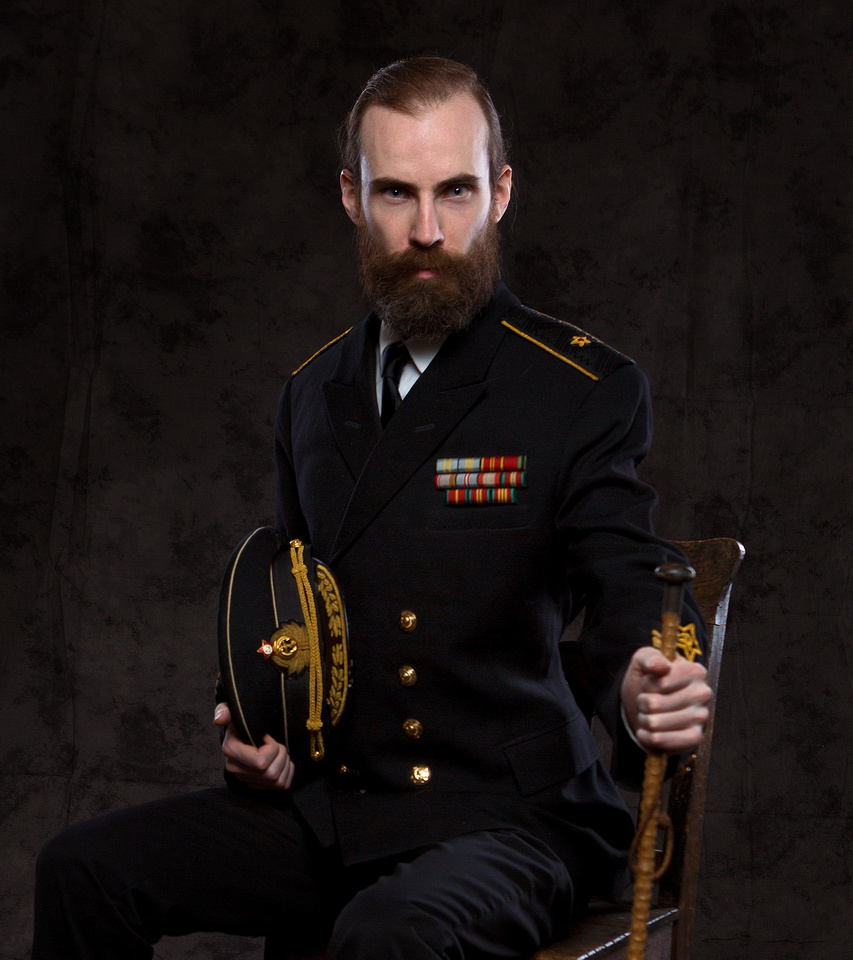 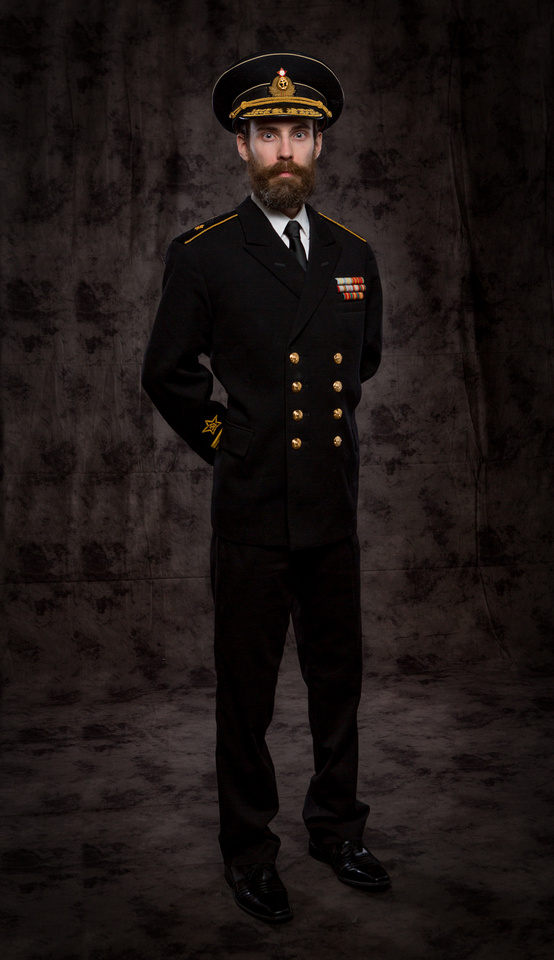 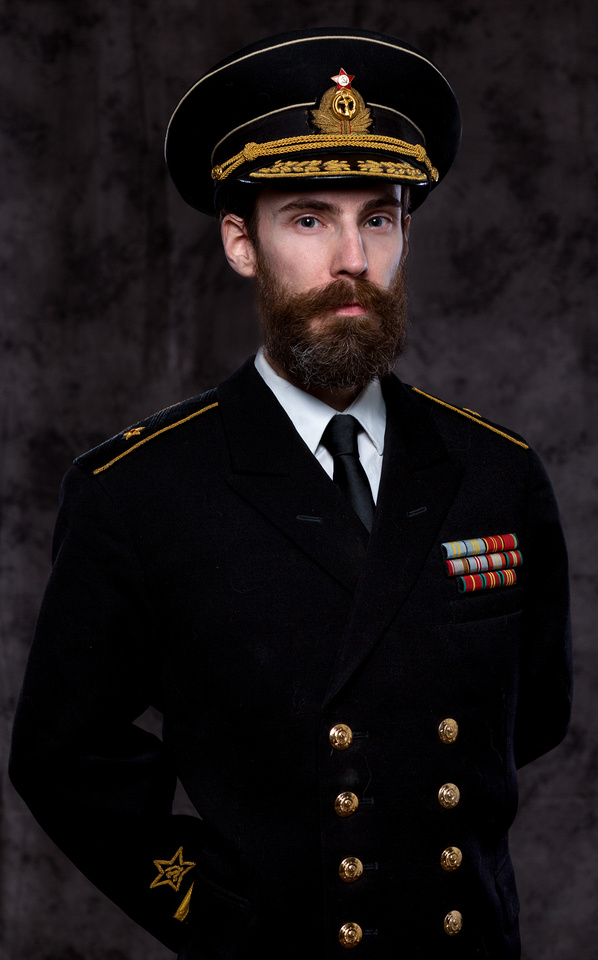 Clayton could not have been a more perfect model. Every suggestion was met with a nod and  an expression that captured what I was looking for. I had already decided to shoot with a large beauty dish set at a 45 degree angle high above him, and two soft boxes with grids behind him at an angle to add a highlight to each side of his body. This lends a feeling of drama to a picture.

After we played around with the Admiral persona, Clayton started singing...For those of you who don't know Clayton, he is a professional opera singer. His voice is powerful, emotive and laced with passion. I have never photographed someone singing in my studio, but I can thoroughly recommend it. Here is one of the pictures I took during his performance. 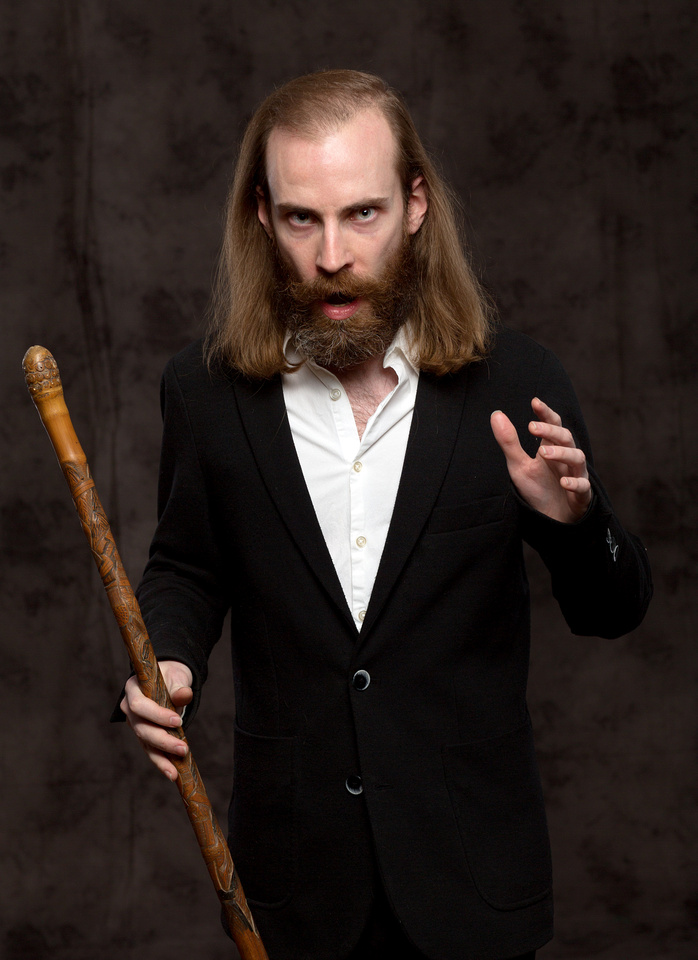 If any of you would like to book a photography session at my studio, please contact me with your ideas. Keep looking in as I will be shooting Indiana Jones in the near future!!